Ethiopian coffee beans are known to be the best coffee in the world. As a result of the land’s high altitudes, deep soil and lush vegetation Ethiopia’s land has been designed to produce a cup of coffee unlike any other.

The birthplace of coffee

Ethiopia is recognised as the country that flourished Arabica coffee into the specialty coffee that it is today. Because of the genetic potential of the land, the region has the capabilities to produce delicious and complex flavours unlike anywhere else in the world.

Farms spread across Ethiopia each specialising in developing particular flavours that hold true to the capabilities of the land. Coffee has spread globally however; Ethiopia is one of the few places where the trees grow naturally. Ethiopian beans were first exported around the 1600s and since then, thousands of coffee varieties have been harvested, grown and transported globally. Coffee has become essential to the economy with it being the largest exported product in the region (the USDA released a report that recorded in 2017/18 coffee beans accounted for approximately 34% of the value of all exports). Coffee isn’t just a product for Ethiopia, it’s a means of livelihood, a part of their culture and a way of connecting with community.

“The coffee ritual is a real art form in Ethiopia, evolving into a kind of entertainment and an opportunity to keep in touch with friends… carefully sipping a coffee can take almost half a day: three hours of socialising, mostly organised by old women for members of their family and neighbours.”

– Elisabetta Illy, Aroma of the World.

Check out this video by Mark Wiens to get a glimpse of how to drink coffee at an Ethiopian Coffee Ceremony:

The Story of Kaldi

The story of Kaldi is a tale about when coffee was first discovered. It was in the 9th century in Southwest Ethiopia when Kaldi the goat herder went to retrieve his goats. On this occasion, Kaldi noticed some odd behaviour. He found his goats dancing wildly with a gleeful energy.

Kaldi’s goats had been eating the fruit from a nearby tree, a coffee cherry tree and now they were full with happiness and energy. Kaldi’s curiosity peaked, what were these magical cherries? He took the coffee cherries home and shared them with some local monks. The monks suggested serving them as a drink by roasting the cherries with hot water. They all gathered together around the fire – the monks, Kaldi, the goats – breathing in the hypnotising aromas that came from the roasting coffee beans. When they sipped the warm drink its flavour was undeniably scrumptious, passing smiles on to all those who even breathed in the aroma. They agreed that this delicious dark brew be shared with the world… and so it did.

Flavours of Ethiopian coffee are incredibly different.  Ranging from bergamot orange, to floral and light, to plum and jammy, to refined and sweet.

The flavour of the coffee differs depending on which farm it was sourced in Ethiopia.  Sidamo coffee produces more intense fruity and aromatic cups, whilst Yirgacheffe coffee offers a light and floral brew. Exploring Ethiopian coffee alone can open your eyes to the great diversity of flavour that coffee has to offer.

“Of all the coffee-producing countries, Ethiopia is perhaps the most compelling. Its fascination stems not only from the unusual, astonishing coffees it produces, but from the mystery that shrouds so much of it.”

2)  Garden Coffees
Grown in smaller plots, this makes up the majority of Ethiopian coffee.

The coffee beans are mostly washed with more than 50% of coffee in the country being wet processed.

Warm and temperate with less rainfall in the winter than in the summer.

The best beans are harvested between October – April. Due to Ethiopia’s high elevations, machinery can’t be used to sort the cherries. Instead, all coffee cherries must be handpicked.

Ethiopian coffee beans grow at high elevations resulting in a hard and dense bean. The beans themselves are considerably smaller in circumference.  Comparing them alongside other beans you visibly see their smaller size. As a result this smaller size makes them more delicate to roasting temperatures and therefore they require constant attention.

PrevPreviousCoffee Freshness: Tips for best results
NextWhy is my tea bitter? How to make the best cuppaNext 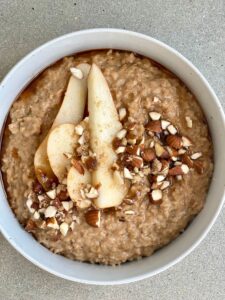 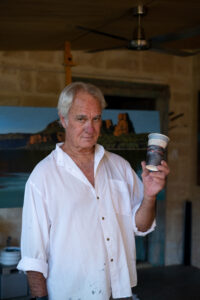